I read fifty-five books this year. I’m suprised at how high that number is, since qualitatively this year was the least engaged I’ve felt with reading in a number of years. Which in of itself was suprising: in February I quit my full time job, and had expected that reading would fill some of the subsequent space.

Top picks are below, and you can find the full list over at Goodreads.

The Happiness Hypothesis by Jonathan Haldt

The author’s second book The Righteous Mind was my pick of the year for 2015, I have no idea why I didn’t check to see what else he had written earlier. It’s a fantastic concept: take wisdom from the old philosophers (e.g. “money can’t buy you happiness”) and contrast it to what we know from modern psychology. Does a great job normalizing therapy and drugs alongside meditation as appropriate techniques for altering happiness.

You can change your affective style too—but again, you can’t do it by sheer force of will. You have to do something that will change your repertoire of available thoughts. Here are three of the best methods for doing so: meditation, cognitive therapy, and Prozac.

A recent book summarizing much of the recent research around endurance, specifically how psychological and biological factors are more intertwined than previously thought. In particular, the section around separating dehydration and heatstroke and treatment changed how I think about hydration.

A 2013 meta-analysis in the British Journal of Sports Medicine concluded than any [water losses] of less than 4 percent are “very unlikely to impair [endurance performance] under real-world exercise conditions,” and concluded that athletes should be encouraged to drink according to thirst.

The Rise of Superman by Steven Kotler

From the billing I was expecting something more like the previous (Endure). It’s light on research and insights in that department, but is still an entertaining history of extreme sports.

I hope you talk a little about how utterly fucked we can become when we get too old or broken or smart to keep it up. Not all of us experience a happy life after doing this shit for a couple of decades.

Why Honor Matters by Tammler Sommers

Most fascinating book I read this year, contrasting the traditional western liberal philosophic ethic with the much maligned/ignored ethic of honor. I gave it a full review separately.

A Peoples’ History of the United States by Howard Zinn

Does exactly what it sets out to do: a history from the perspective of regular people, rather than statesmen. Particular things I found interesting:

The author admits in an afterword that it is weak particularly with regard to latina influence in the western states and LGBT history, though provides recommended reading to fill those gaps.

Evicted: Poverty and Profit in the American City by Matthew Desmond

Phenomenal ethnography following the stories of a number of tenants and a landlord in Milwaukee.

Janesville was proudly the site of GM’s oldest car factory, until it shut down in 2008. Janesville: An American Story follows a number of citizens of Janesville through the following years as the town and its people try to reinvent themselves. I wrote a full review of this separately.

Runner up for most thought-provoking book of the year. Reinventing Organizations is a survey of practices from 100+ person companies across many industries that have done away with traditional management structures. I gave it a full review separately.

The Most Human Human by Brian Christian

The author becomes a human confederate in the Loebner Prize (an annual turing-test competition), competing for the “most human human” award. Who can best convince other humans that they are, in fact, human? He uses the experience as a launching pad to write a delightful extended philosophic book about what it means to be human. 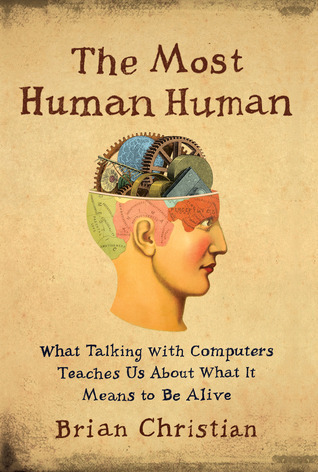 Beautiful memoir of a scientist. Great blend of science and personal stories, covering an interesting life setting up multiple laboratories across the US.

I don’t feel like I read much standout fiction this year, but two longer reads were worth my time.

Last year I reviewed Seveneves as an “earnest book about space that doesn’t move very fast”. Aurora is similar, but with more of an exploration theme. Unfortunately, I can’t talk about why it made this list without spoilers, but I’d love to see more sci-fi like this.

Neal Stephenson gets on the list for the second year running, as I’m slowly working through his back catalog. This book was exactly what I’ve come to expect and enjoy: tight writing, cracking plot, and zero character depth or development. Like Snow Crash except didn’t peter out half way.

Quick and easy introductions to topics you may not have thought much about before.

How do we find new asteroids? Who is doing it? Who pays for it? How do we track them? Are they going to hit us? Read this book and you will learn! 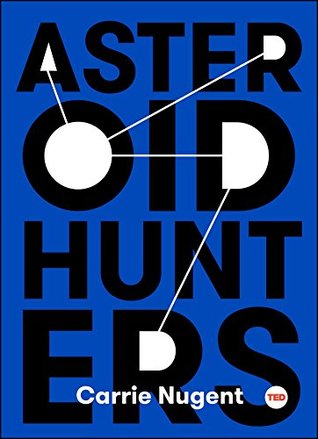 Same, but for planets outside our solar system. Mind-blowing: “Since its 2009 launch, the Kepler satellite has discovered more than two thousand exoplanets[!]”

Extra Virginity: The Sublime and Scandalous World of Olive Oil by Tom Mueller

Fraud is endemic in the olive oil industry and the Extra Virgin Olive Oil you bought at the supermarket most likely isn’t.