I read forty-seven books this year, far fewer than normal but skewed by a much higher average length driven primarily by longer fiction (e.g. The Stormlight Archives, Seveneves, The Fifth Season) but also a couple of weightier texts also (Better Angels of our Nature, Out of the Crisis). Continuing the trend from the last few years, for the first time I read more fiction than not.

A new addition this year was tracking books read by this arbitrary list of 52 categories, found and suggested by my work’s bookclub. I didn’t quite tick them all off, but found it an interesting way to inject more diversity into my list. You can find the full list of books over at Good Reads. Here are my top picks.

The Bricks that Built the Houses by Kate Tempest

Beautifully written. Not sure what else to say about it. 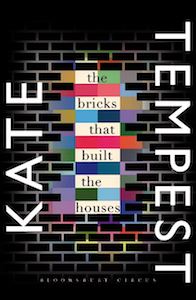 After watching The Night Of, and also being a big fan of The Wire, I picked up writer Price’s more recent novels. Best dialog I’ve read.

“So …” Lo Presto finally fired up, exhaled luxuriously. “Did I see her? Who’s to say. But if what I just told you isn’t a fucking miracle, I don’t know what is.”

I also quite enjoyed Clockers, which is similar in theme.

Glorious dystopian scifi, following four characters in an alternative futuristic Cape Town. I won’t say this often, but I wanted this book to be longer. It moved really fast and I would have loved to savour the development more. 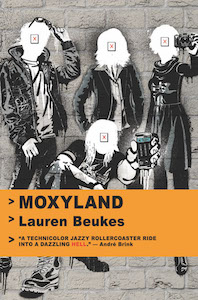 Ready Player One was easily the worst book I read last year. Terrible writing, terrible premise, terrible plot. I went to Stephenson’s Snow Crash looking for a better treatment of similar themes, and if it was only to be rated on the setup and not the conclusion would easily have made this list. That did lead me to Seveneves however.

Seveneves is an earnest book about space. It doesn’t move particularly quickly and takes time to explain science, so may be a bit slow for some. Having misread the title as SevenEYES I had no idea what was going to happen, which kept me turning pages. Could have stopped reading after first two (of three) chapters. The last one was fine but could easily have been a separate book.

So far this is a description of a good-not-great book. What places it in this list is that it ignited my curiosity about space. I’ve already devoured Fundamentals Of Astrodynamics, poked around the Space Track datasets, subscribed to NASA livestreams, and launched many a rocket in Kerbal Space Program.

The Iridium communications network is unlike any other: it covers the entire globe with virtually no lag. It was almost junked in orbit only to be rescued and rebuilt in bankruptcy court. An incredible story, well written. 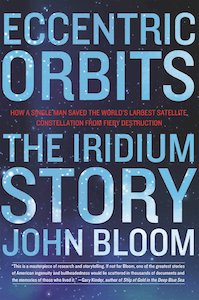 Colorfully written history of gravitational wave detection. Colliding black holes were theorized to create waves that we should be able to pick up, but the precision needed is nearly unbelievable:

They aim to measure the difference between 4 kilometers and 4 kilometers plus or minus one ten-thousandth of the nucleus of an atom.

The accompanying engineering is phenomenal. One example that I wouldn’t have considered possible:

There are also seismometers to detect local motions of the Earth with attendant hydraulic systems to compensate for those displacements.

Assuming you don’t yet know how it actually turned out the whole book is filled with a nail-biting tension: will this be the pinnacle of Big Science? Or $300M down the drain?

Phenomenal work of journalism. Wright embedded with the First Recon Batallion, who were first on the scene in Iraq post-9/11. He doesn’t glofify war, nor does he pillory it, instead simply telling a story of the people, with all the horror and humour that entails. 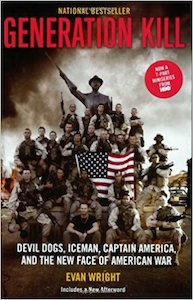 Harari’s last book Sapiens was on last year’s list, so I was looking forward to reading this one. At times outrageous, but thought provoking nevertheless. Possibilities for how technology is undermining humanism. First I’ve heard Dataism articulated.

In its extreme form, proponents of the Dataist worldview perceive the entire universe as a flow of data, see organisms as little more than biochemical algorithms and believe that humanity’s cosmic vocation is to create an all-encompassing data-processing system — and then merge into it.

The Secret Life of Musical Notation by Roberto Poli

If you play piano (or possibly any classical music), this is a must-read book. Much more academic than necessary for a casual reader, but easily skimmable. Completety changed how I read music, and it makes far more sense to me now.