I read fifty-seven books this year, the least of the last five years. I did watch more films and series though, as well as a couple of video games. I included a bonus section for those. You can find the full list of books over at Good Reads. Here are my top picks.

Sapiens: A Brief History of Humankind by Yuval Noah Harari

Book of the year. Highly engaging and raises more questions than it answers. The author posits that the appearance of fiction and common myths was likely the catalyst to enable large groups of Homo Sapiens to start working together to form cities and empires, and then explores how various myths have since impacted our species – including monotheism, capitalism, liberalism, and more.

There are no gods in the universe, no nations, no money, no human rights, no laws, and no justice outside the common imagination of human beings.

This book has been on my list for years, and it finally got a guernsey recently when I noticed the author was that of Command and Control, which made my list last year. It’s a similar style of book: in-depth but very readable overview of the fast food industry. Scary. 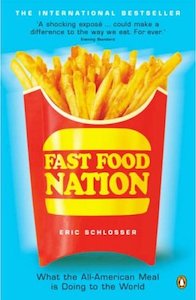 The Corner by David Simon

Before he wrote The Wire, Simon spent a year on a Baltimore corner and wrote this book about it. An extraordinary and hard-hitting piece of journalism. The chapter on teen pregnancy among poverty is particularly striking.

Most of these babies are very much wanted by the mothers and fathers alike. What better legacy for a sixteen-year-old slinger who expects to be dead or in prison by age twenty? What greater personal justification for a teenaged girl thirsting for the unequivocal love of another being?

DeAnte Tyree McCullough enters this world at 4:15 P.M. on Thanksgiving Day, crying like he knows the whole story.

Getting More by Stuart Diamond

I was lucky enough to hear the author talk earlier this year. He was involved in the birth of the Harvard Negotiation Project, back in 1981 when they published Getting To Yes, and has continued in that field ever since. This book covers everything from buying a car to dealing with kids, and includes criticisms and alternatives to strategies from Getting To Yes such as BATNA.

How Bad Do You Want It by Matt Fitzgerald

Excellent look at the psychology of endurance sports, including much recent research combined with athlete stories. Still a very early field, since for so long science focused on purely physical capabilities. It’s only recently that we’ve started to study grit, perserverance, and other attributes that have historically been considered intangibles.

There is no experience quite like that of driving yourself to the point of wanting to give up and then not giving up.

Also, this book will make you want to go for a run. 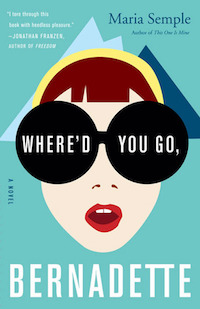 I don’t know what to say about it so I’ll just quote it:

The sound system isn’t even that loud but the room’s so small that the treble pushes at the sides like a fat toddler stuffed into a car seat.

Boxer, Beetle, by the same author, was also quite good.

The only trilogy epic I’ve finished in a long while. Lot of suspense and action, good enough writing to carry it. More violent than I’d typically endorse, but it didn’t feel too gratuitous. Hard to put down.

It’s parts are greater than the whole, but it’s worth watching for the handful of scenes that really hit the mark. This film has stuck with me. Director Denis Villeneuve creates so much tension with so little. The drive into Juarez and subsequent border crossing scene is sublime.

More of an interactive story than a game, my brother and I played through this in a single Saturday morning. It made me yearn for the trails, and the voice acting is spectacular.

A drama/thriller television series with hacking and security themes that basically make sense, unlike most other Hollywood treatments. Combined with interesting camerawork and soundtrack.

Ori and the Blind Forest by Moon Studios

A perfect platformer. Easily the most visually stunning game I’ve ever played. Every scene is gorgeous, the difficultly progression is appropriately challenging, controls are tight, and the sound track is superb.