I wanted to see where our water comes from. This season I fit in a cheeky hike between a bachelor party and the subsequenct wedding, entering at Hetch Hetchy reservoir and heading up and around Tilden Lake. Play along at home with this CalTopo map.

Having camped at Yosemite Pines RV Resort the night before, I rose at sunrise and was at the Hetch Hetchy gate for its opening at 7am. It never occured to me that there would be a dam at the reservoir, but of course that makes sense. O’Shaughnessy Dam was completed in 1923, over strenuous objection from John Muir and others, to provide a secure water supply for San Francisco. You need to hike over it for all trails leading out of the area. 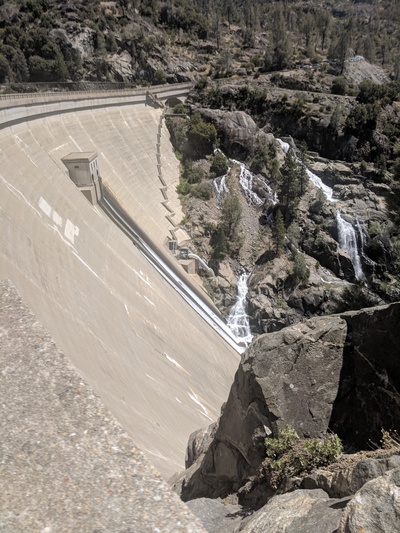 I hiked in the south route around Hetch Hetchy dome via Wapama and Racheria falls, a relatively flat start to the day. Started climbing up towards Tiltil valley on a mostly pleasant grade. Decent amount of water on the trail, including some sections where I just needed to wade through. 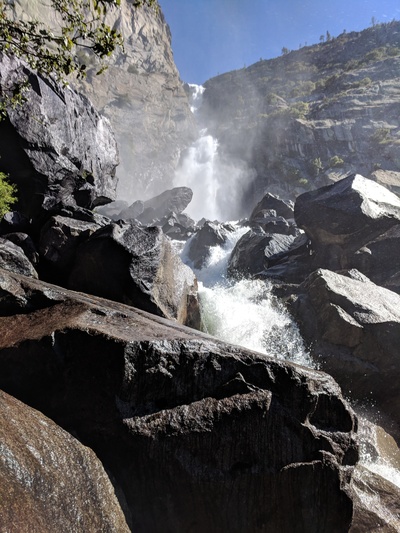 Rounded the corner to a large brown brown bear 30 metres down the trail. It turned to look at me just long enough for fear to set in, before thankfully running off. Apparently bears are particularly common in this area at the moment — I heard of two other sightings from other hikers.

The mosquitoes started getting pretty dense as I ascended to higher elevation, though weren’t too much of a problem while I was moving. Found a nice campsite off the trail just before the junction at the top of a rise that was exposed enough for a breeze to be keeping the bugs mostly at bay. 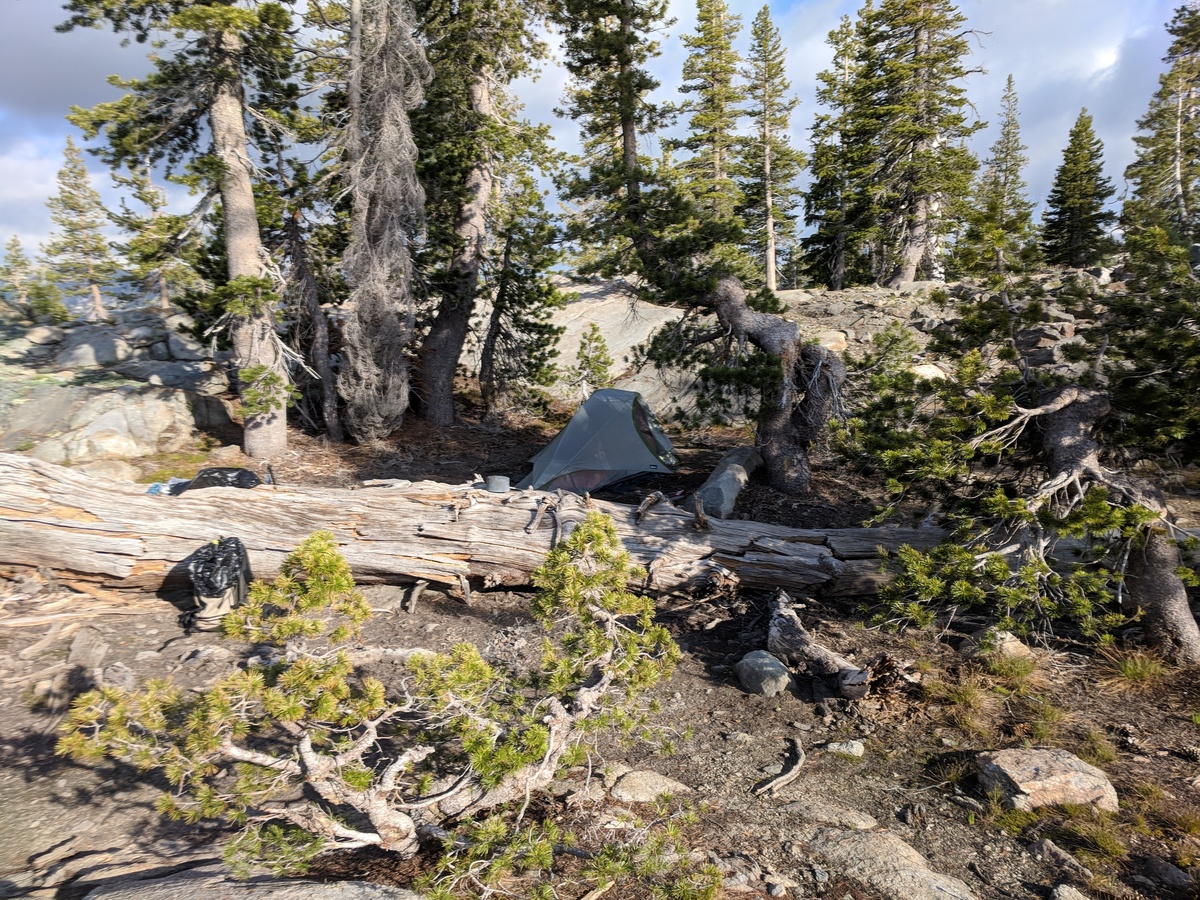 The wind had died down so the mosquitoes were back. Cooked breakfast and packed up quickly to continue on to Tilden Lake. Arrived late morning and took a quick swim, paid for with a number of bites.

On the way back down from the lake, the trail ran straight into a fast flowing river crossing that was above waist height. Ventured off trail for maybe half a kay to find a safer path. Continued on the PCT for a couple of miles, which is one of the very few times this trip I saw other people. Most of the day was relatively flat, with a lot of mud, trails that had become lakes, and mosquitoes.

Conditions improved on the long gentle descent down Moraine ridge to Beehive Meadows, where I found a nice site. It already had one party camped so I considered hiking on, but the area was very boggy and I wasn’t sure I’d be able to find something comparable before sunset. 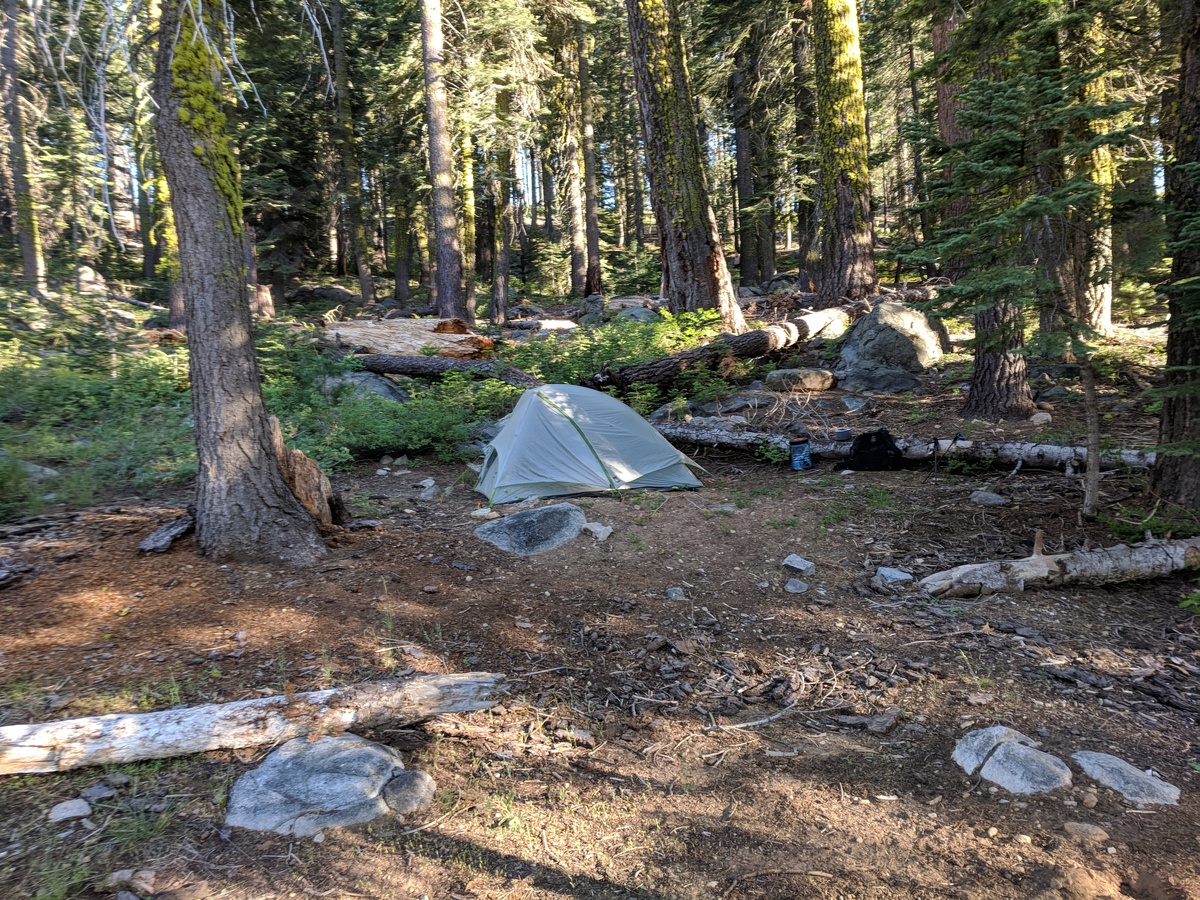 Hiked up to Laurel Lake, was very wet for the first kay but soon found a fantastic campsite next to the lake that I could have easily made the day before. Oh well.

Continued on towards Lake Elanor Rd, catching some stunning views of that larger lake. I would have liked to head up to Lake Eleanor proper, but was suffering from nasty blisters and chafing and there wasn’t an obvious loop trail, so decided to exit instead. Took a quick detour to Gravel Pit Lake, which has a very large campsite with a firepit which would be fantastic for a group. Had at least five sites in the immediate area, with a couple more potentials if you poke around.

Given the shorter length of this hike to my previous ones, my food plan was a lot looser and mostly consisted of whatever we had leftover at home. I tried ramen noodles just as is, with the supplied flavouring, and they were terrible. Israeli cous cous with cashews wasn’t too bad but needed some olive oil.

Same as last time, though I did take a groundsheet for the tent I found in the shed — didn’t even know I had it. Little bit of extra weight, but it did help keep the tent clean and dry. Not necessary, but I’ll probably include on future trips. I had planned to retire my Hoka Speed Instinct shoes and revert to a pair of Salomon’s Sense Pros, but I was too lazy beforehand and didn’t get around to it. I now dislike the Hokas even more — I got terrible blisters, they never dry, and they smell really bad. 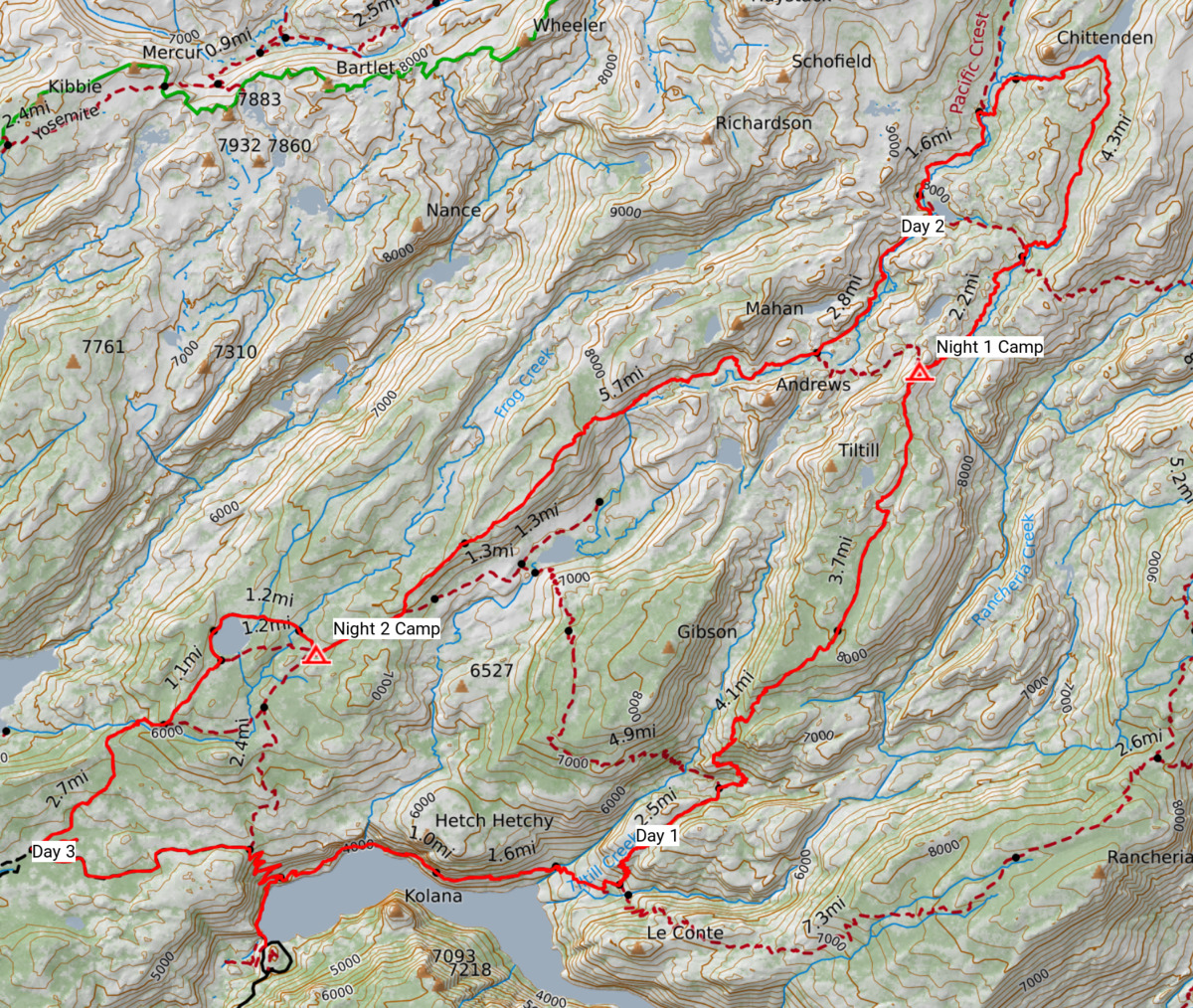