What a year. In addition to the severe Melbourne lockdowns keeping me indoors and working from home, I crashed my bike mid-September fracturing my left wrist and right arm, taking me out of action for nearly two months. Grateful that I was able to get anything done this year.

Everything except reading came apart after my accident. I still can’t put enough weight on my wrist to do push-ups. For plank and meditation I’ve just been lazy. For this year I’m dropping daily meditation, but we have a group session at work in the mornings where I’ll continue to practice. Will work back up to the plank and push-ups.

Solid year despite some setbacks and not being able to run with other people for most of it. Logged 2800K all up, an increase of 400K over the past two years and equal with 2015 for most ever.

Started strong with an accidental 21K PR (1:25:39) at the Sri Chimnoy event in February with what was supposed to be a training run. Set out at marathon pace after an 8K(!) warmup but two laps in was feeling good and flicked on the afterburners for the final lap.

Kept training strong after that, but burned out at the start of April two weeks into lockdown. Decided to wrap up the season with a 5K time trial and nabbed another PR (18:01). Dropped back to about three runs a week, but none of my long runs hit 20K and I was under 50K a week for all of the second quarter.

Started pulling out of my slump late June and after four weeks of base building started Pfitzinger’s 16 week marathon plan on July 20. I managed to find a treadmill despite the shortage and completed most of my training on that, which was a new experience. 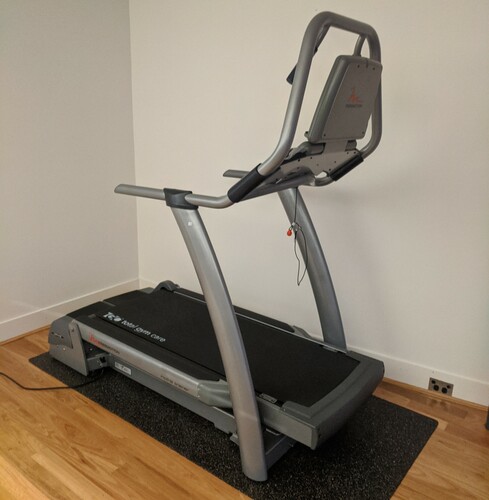 Incline trainer was the only model I could find, extra vert capability has been unexpectedly useful.

Was getting to the business end of the plan when I crashed my bike mid-September, which aside from a couple of test runs took me out completely for 6 weeks. Sat on around 50-60K for the six weeks after that to get back into it. Not a lot of workouts but starting to look like I hadn’t lost as much fitness as I feared.

In December I was feeling strong and got around a lot of trails. Ran a 50K loop around Wilson’s Promontory with Dad which was a highlight for the year. HNTR Tuesday workouts started back up the next week. Extremely solid sub-40 Michigan workout on Christmas day, 30K in the Macedon Ranges two days after, then topped off the year with a Tan PR (14:40) and a solo loop of the Surf Coast 50K route. Extremely solid month. 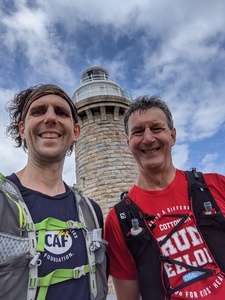 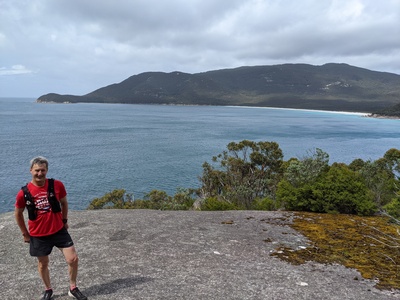 Running around Wilson's Promontory with Dad was a massive highlight for the year.

Best of all: no overuse injuries! Shoe-wise, have gone through many, many pairs of Brooks Levitate 2 for normal runs. Now that they are two models out of date they are quite cheap! Saucony Peregrine 8 for trails, and a pair of Nike Vaporfly for races and the odd workout. The Peregrine’s were my second choice after not being able to find any Salomon Sense Pro in stock, but they’ve been really good — comfortable, light, zero blisters. In particular have been surprised at the recovery benefits of the Vaporflys, so am looking to transition to a similar shoe (maybe the Nike Tempo or Brooks Hyperion Tempo?) for more of my training, which I expect will continue to help with keeping injury at bay.

Feeling really good about the year to come!

I wanted to experiment with spaced repetition software (SRS) as a technique for memory and learning, so worked my way through this 968 card geography Anki deck. It includes all countries, their capitals, flags, and locations, along with major oceans, seas, and other significant regions. Many years ago I learned all the capitals using a more cognitively demanding visual association technique, so that part was somewhat of a refresher, but the flags and locations were new.

Using default new card settings but with random ordering, with a couple of bonus review sessions, it took me 45 days to see every card at about 10 minutes study a day. I would often do a secondary session reviewing recently forgotten cards to help load them into my brain — SRS is more designed to facilitate recall rather than initial learning. After that, daily review time dropped to only a couple of minutes and falling. I usually do it with breakfast. 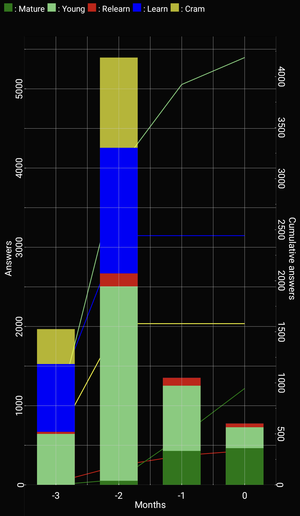 Monthly review count. Note the yellow "cram" sessions and ramp in volume into month two when learning all the cards, and the transition to fewer, darker green mature cards as the deck was learned.

I deliberately restricted myself from more focused study on weak areas, wanting to see how far SRS could get me by itself. After 100 days, my trailing 30-day correct averages for learning/young/mature cards are 100%/97%/91%. I’ve struggled in the last mile on similar answers that I didn’t initially learn as a group, such as the location of Pacific and Carribean islands, Budapest/Bucharest, or the red & white flags of Poland, Indonesia, and Monaco. These would benefit from more focused study. For whatever reason there are also a couple that simply failed to stick with flashcards alone (Anki marks them as leeches if you forget them four times) and I need to develop visual associations to actually remember, for example Zambia, Lithuania, and the South China Sea. 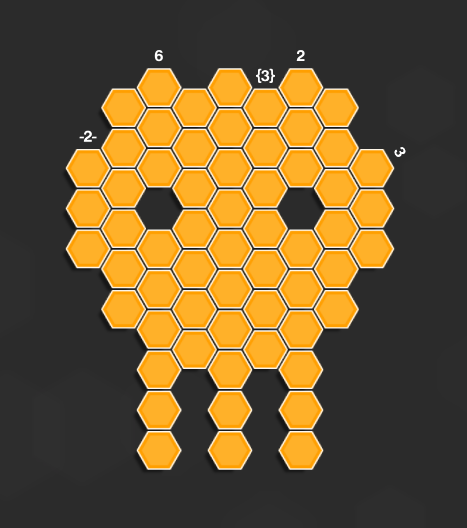 Tried my hand at puzzle setting in this spooky skull Hexcells puzzle.

Looking forward to getting to know my Digitone a bit better. I’m torn between getting back into a marathon training plan or sticking to trails for a bit longer. At least the training will be somewhat complementary either way.

Got a hankering for team sports after watching The Last Dance documentary on Michael Jordan and the Bulls, and decided to join my local field hockey club. That has been on hold for six months due to the pandemic and then accident recovery, but I’m still keen to try it. Haven’t played since I was 17 so will be interesting to see if it sticks.

But overall I really just want to get back into the office with people and put this pandemic behind us, if that becomes possible! 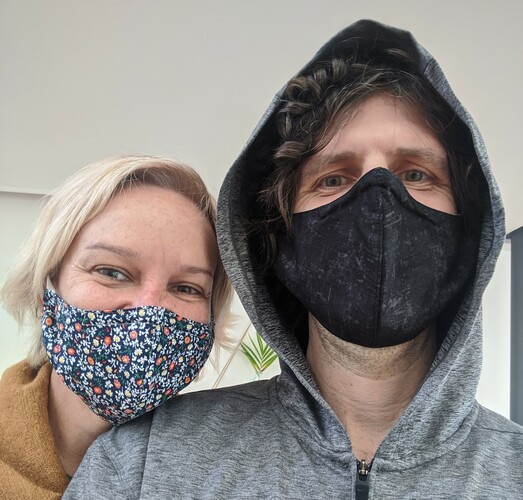