Sunlight and road through forest by John Towner

It’s been over two years since I trained for a road race. Between various injuries and a trail diversion, I haven’t run fast in a very long time. Late January, after 8 weeks for consistent easy running, I decided to start training in earnest for a four month run up to Avenue of the Giants Half Marathon. My goals: complete a training cycle, log a solid race, don’t get injured.

As a bonus, Brent was also trying to do the same thing, so I had a training and race partner as well. (He posted a race report also.) 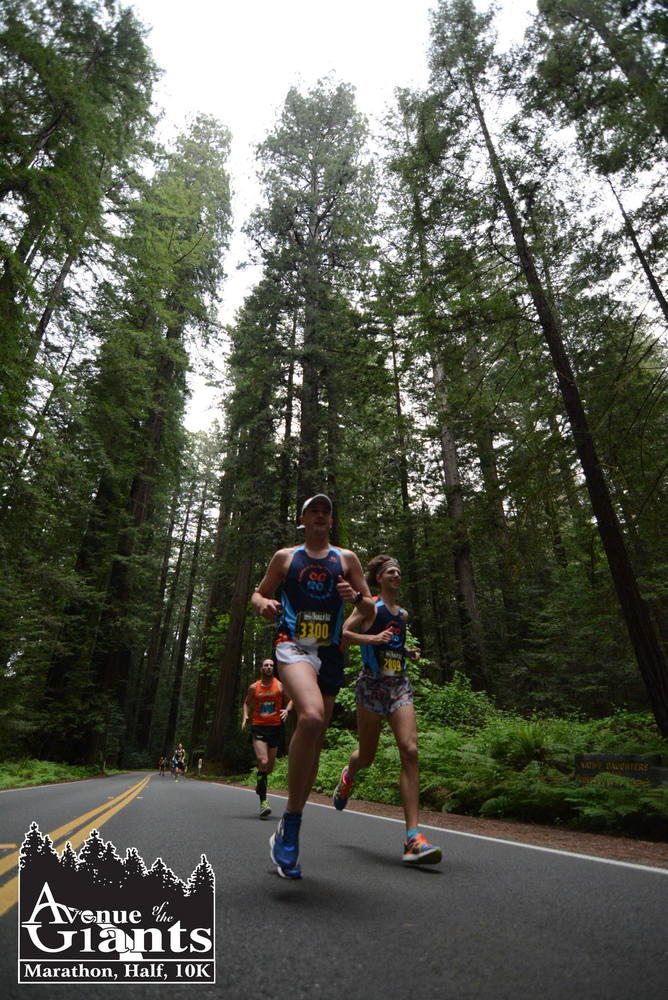 Brent on the left, me on the right. Those trees tho.

I was following the Half-Marathon Level 1 plan from Brad Hudson’s Run Faster mostly verbatim, with some days switched around to better align with GGRC track on Wednesdays. This was a much lower volume plan than the Level 3 variant I followed for my PR (in hindsight more volume than I was ready for, despite the race success), consistent with my primary goal of avoiding injury. This was a cycle to see if I could do it, not a cycle to set a new best.

For the most part I handled the volume, though at times I felt like I was only just holding on. My left leg was tightening up quite severely, though as a result I was much more diligent about rolling out.

Track workouts all felt easy, and for the most part tempos were comfortable also. The two exceptions were my hardest runs of the year, probably related to insufficient hydration and/or nutrition.

Long runs are where I need to improve next cycle. I was consistently on the low end of my target distance, and since many of them were threaded around GGRC Sunday run, with all the breaks that entails, I don’t think I had any continuous run longer than 20K. As a result my aerobic efficiency wasn’t where I wanted it to be, and I ended up hurting in the race as a result.

I had two check-in races that both went very well: an exceedingly comfortable sub-20 5K at Napa early in the cycle, and a fantastic 16K at the Guardsmen’s Presidio event two weeks beforehand that I did as an easy tempo. Also nabbed a cheeky mile PR (5:34) midway through at the GGRC end-of-quarter time trial. 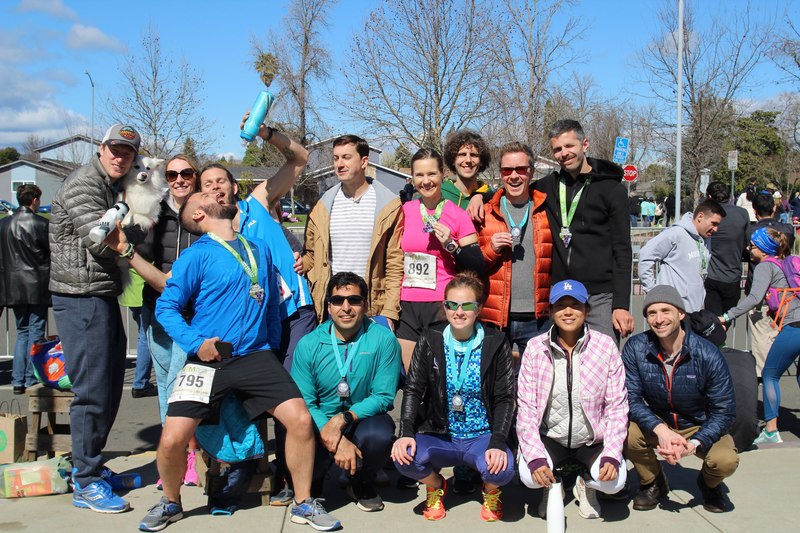 GGRC representing at the Napa Marathon and 5K.

The Avenue of the Giants is about a four hour drive north of San Francisco in ideal conditions. Brent and I set out noon Saturday, and after getting stuck in traffic and stopping for my lunch we only just made it by 5:30, the packet pick up cut off. Our accommodation was a further hour north, in hindsight a terrible idea though options were limited. I had only checked Airbnb, but should have also considered motels. We could have likely found something on the south side. It would have been further away, but we wouldn’t have had to retrace our steps after the race.

This course is widely regarded as one of the most beautiful around, and for good reason. The entire length is through towering redwood forest. It’s a race worth doing, particularly since the organization was excellent. That said, allow me a quibble.

It’s an out and back course, but you don’t run to anything in particular. The only defining feature of the turnaround point is that it’s half the distance, marked out in chalk on the road. For me, a big part of forests are the unexpected reveals: a grove, a valley, a river, a vista. Or at least the interest and solitude of a trail.

If I’m going to be on road, I think I prefer the “tour of the city” routes such as Bend or Walnut Creek, particularly given the relative ease of accommodation.

My watch lied to me. The race organizers had warned that the tree cover would likely interfere with GPS, but I didn’t internalized this warning. I thought we were running 90 seconds fast before I first reconciled total time to the course markings at mile 5 and realised we were actually a little slow. For the full course my watch claims I ran 700m further than I actually did.

This made pacing difficult. Also, the undulating course had the effect of appearing to be downhill even when it wasn’t, which was quite disorienting.

We hit the turnaround point at 44:45. Felt comfortable, but a bit slower than we thought we were running. I started pulling away from Brent at around 14K, figuring that I was picking up the pace slightly and would probably get in around 1:29. Turns out my effort level increased but my pace did not, though I didn’t realise this at the time. My watch had me slightly fast, and though I was trying to ignore it my race-addled brain was struggling to reconcile the faulty feedback. I crossed the 10K turnaround point (i.e. 5K from the finish) only 15s ahead of goal, meaning that I’d actually returned slower than I headed out.

The last 3K were a struggle. My legs weren’t too bad, but my heart rate and breathing had gone through the roof. I found myself wishing I’d been more consistent with my long runs. As per usual I kicked a little heading into the final stretch, but even then I was slower than I thought. I had a moment of panic turning into the chute and seeing the clock ticking over the fifties!

I crossed the line with just five seconds to spare. Official time: 1:29:55. 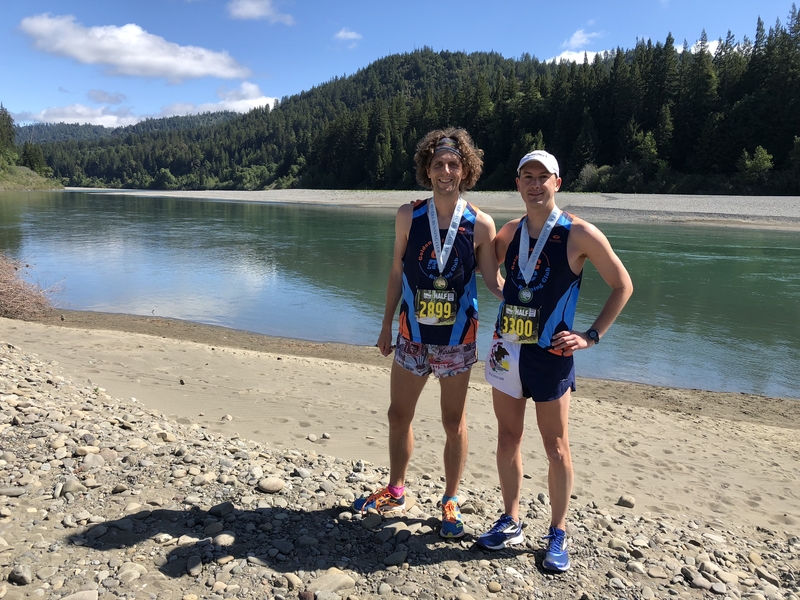 "Should I include your legs?" "They're the best part."

Though I achieved all my goals, this was a humbling race. I was over confident going in, and had to work a lot harder than I was expecting to complete it. This is good. A reminder that running is a long game. No shortcuts. The only way to get faster is through long periods of consist training. That continual practice is a big part of why I run in the first place.

Follow me on Strava if you're into that sort of thing.