I first tried to run a sub-90 minute half marathon six(!) years ago, off three days a week training and two weeks of illness. It didn’t go so well.

I didn’t run much after that. Got into cycling, then climbing, then a half-hearted marathon attempt, then lifting, then crossfit, until finally this year I laced up my runners again in earnest. The initial target was a mid-year sub-90. Half way through my training in late April I PRed a test run at Bend with 92 minutes and change. Another month of high mileage, a couple more races (including a 10K PR of 40:23), and insufficient rest blew out my knee though, so training halted and I missed my race.

I eased back into over August and September but just I was feeling comfortable enough with my 50K/week base to ramp up again, sickness wiped me out for two weeks. One step forward, two steps back… I’d given up getting another good race in this year.

After some consisent 60K weeks through October and early November I started to dream again. I wasn’t interested in travelling, so started looking for nearby races. Brazen’s Quarry Turkey Half had an appealingly flat course, but was too soon. Also, you know, not really into turkeys. Walnut Creek would give me a final month to polish up. I signed up on November 14th. 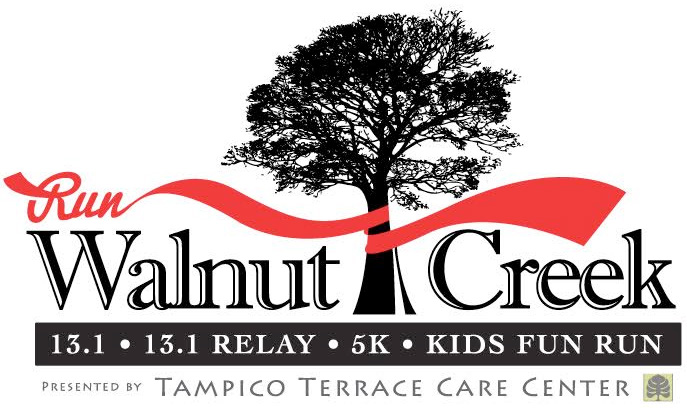 I jumped on the tail end of a program from Brad Hudson’s Run Faster book (“Half-Marathon Level 3”), which was basically the same as what I had been doing. I didn’t quite have the base for the full recommend mileage so eased it back. Still hit my first ever 100K week though!

His program has track work on Tuesdays (with tempo Friday, long run Sunday), where as I need them on Wednesdays. Switching them was a little rough - this often put an 18K run the night before speed work. If I do a similar program again I’ll make sure the longer run is Tuesday morning rather than after work, and really easy. That should allow me to recover sufficiently by Wednesday night.

With a solid 10K test tempo around Golden Gate Park two weeks out in 41:32, I approached the race feeling strong and injury free.

My alarm went off at 4:30am, and I shoveled down some muesli, raspberries, and half a banana. The gun wasn’t until seven, but I still had to drive the 40 minutes there and pick up my bib. It was pretty brisk out, though a short warmup took the edge off. There were only a few pro runners, so the 1:30 pace group was right up on the start line. I was feeling inexplicably emotional just before the start – nervous? tired? joyful? – at any rate I’m eagerly awaiting the awkward photo in tomorrow’s local rag: a line of Serious Business broken by a guy with his heart leaking out his eyes.

The course runs gently downhill for 7K, where begins a 100m climb over the next four. Jason, the 1:30 pacer, was planning to run 5-10s per kay fast through the opening descent to bank some time for the hill. I knew from countless tempos through GGP that I could comfortably handle a 10-15s negative, and I’m not confident in my climbing. So I took off infront of them, and never looked back.

You can never tell a course from its elevation profile. To my delight, this one was particularly misleading. Which of these hills would you prefer to run?

Claimed on the left, my measurement on the right.

Of the 80 seconds I saved on the way down, I only spent 40 getting to the summit. I even picked up a bonus four on that ledge! I was 40 seconds ahead of pace, and still had a drop ahead of me. Things were looking good.

I picked up a stitch on the way down which concerned me, but I was able to run through it after a few kays. Keeping momemtum after the descent I was still running about 10s/K ahead of pace. Even if I blew up I’d still come in under 90, and I was still feeling fresh. It was time for bonus points. How far under 90 could I get?

I’d been trailing the lead woman by about 75m since the 5K mark. I gained maybe 25m on the climb, then lost it again running through my stitch. But I was through that now. Target acquired.

I patiently reeled her in, metre by metre, until I caught her at around the 19K mark. Now I was starting to hurt, but I kept extending my lead. The final leg of the course is really pretty, and includes a turnaround point that hadn’t shown anyone close behind. If I held on I was on track for a time I’d be very happy with.

But you can’t tell a course by it’s elevation profile. From there to the finish it was a subtle false-flat, and I was starting to redline. One kay from the finish there was a sharp incline, followed by an up-and-over bridge. It can’t have been more than 100m, but it smashed me. My pace dropped back to 5:00/km, and at the crest of the bridge someone I didn’t recognize flew past me. Where did he come from!? I did recognize the looming finish line though, so kicked into high gear for a final sprint.

He beat me comfortably, but then I beat comfortably what I really wanted: my time. In the end the hill was blessing. Without it, I wouldn’t have gone out so fast and set myself up for such a huge PR. My final time: 86:43! Fourth in my age group, though I was still eight minutes off the podium. I was also soundly beaten by three kids and a sixty year old.

My year in distance.

Big thanks to GGRC for all the fun and games this year. Since I joined the club in February I’ve only missed four Wednesday track sessions: one I was sick, three I was travelling for work. I’m looking forward to coaching next year! There are a few of us who need to start working at sub-80…

Follow me on Strava if you’re into that sort of thing.