You’ve just moved to the city, deep into marathon training. Time for the weekend long run, you lace up your shoes, step outside your apartment, and … and every direction you look: hills. Disgusting. All you wanted was two hours of even splits, is that too much to ask!? Don’t worry, I got you. These are runs for putting in work. If you’re in town for one night only, or looking to fill your photo album, look elsewhere. Here are my flattest routes to rack up the distance.

The Embarcadero. An 11K stretch from AT&T park through to the base of Golden Gate Bridge. Excluding a short, pinchy 10% climb at Fort Mason, it’s flat concrete the entire way. The Ferry Building (end of Market St) to Fisherman’s Wharf can be particularly busy with tourists and other runners at peak times, so I recommend getting out early. 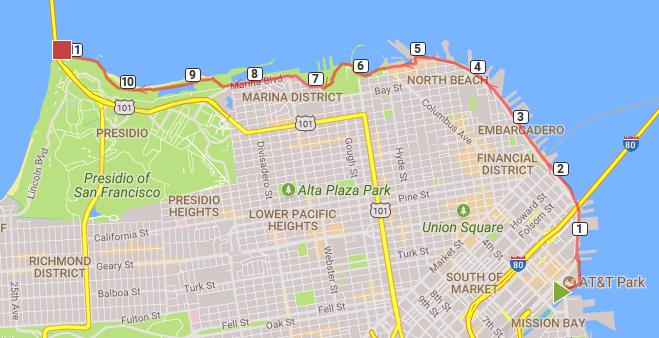 Heron’s Head Park. Heading south from the ballpark instead takes you through an industrial area that is far less traversed. You’ll have to run a light or two down Illiois St, then navigate some dodgy footpath and low hanging branches down Cargo Way, but you’ll be running alone and in peace. Extending out to The Shipyard in Hunter’s Point gets you about 8K. 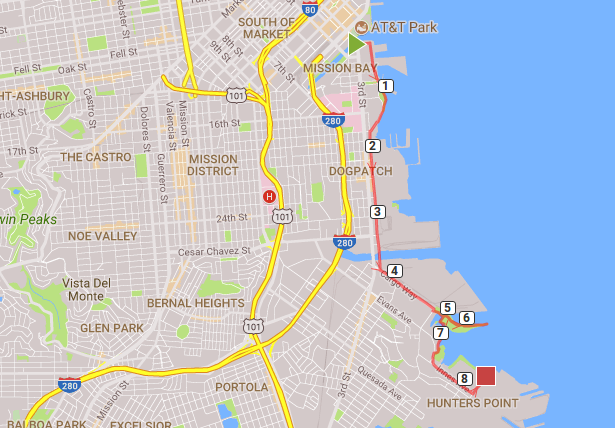 Golden Gate Park. Easily the prettiest run of the lot. 7K down to the beach, with an optional three more down the Great Highway. It’s not exactly flat: keeping tempo back up the 3K to Crossover Dr is pretty rough. JFK drive is more gradual than MLK, for what it’s worth. Don’t miss the buffalo! 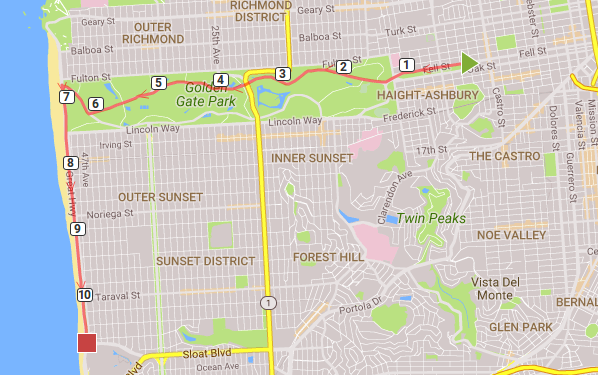 Lake Merced. Nice if you’re living a bit further south. Or if the Ocean Beach extension still wasn’t enough for you! A 7K loop around the lake. 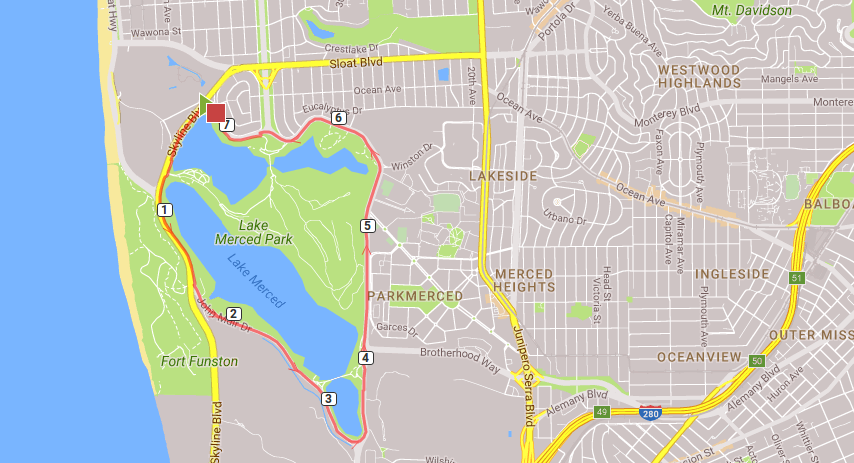 If you’re looking for people to run with, join us at Golden Gate Running Club. We do a group run 10am every Sunday from The Warming Hut, and a track workout 7pm Wednesday at Kezar Stadium. All welcome!