Tonight I’m reading about East West Link and Melbourne Rail. This was triggered by news that Napthine signed a secret contract granting millions in special compensation to the builder in event of cancellation. That seems pretty bullshit given labor has pledged to drop the contract if it wins the election later this year.

This post is a collection of reading I found useful.

First, a map of where the tunnel would be: 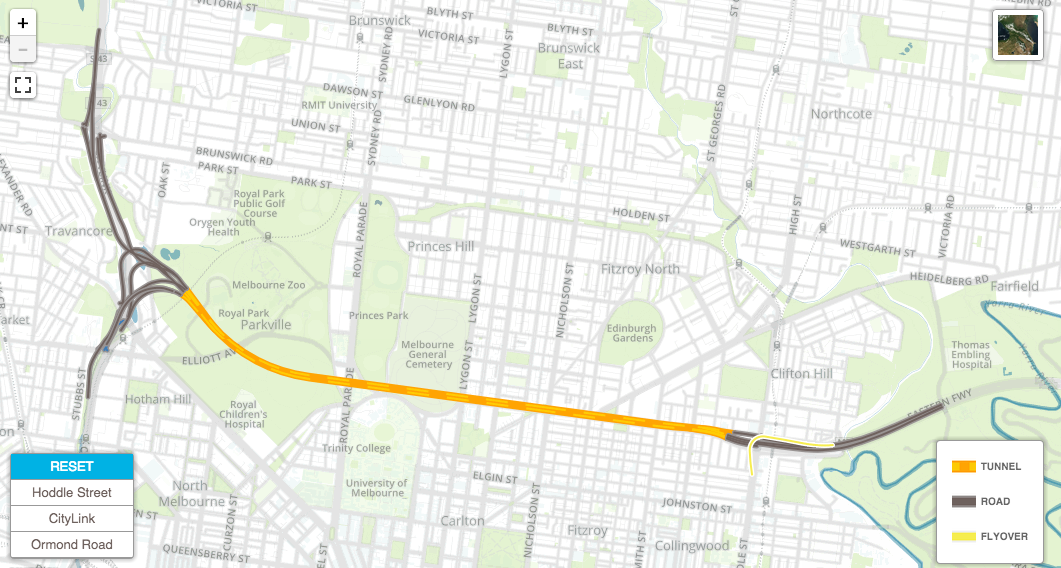 Not shown is a large amount of extra widening of Citylink on the western side that is included in the project.

Many damning things have been said about the road in public hearings, including criticisms of the lack of rigour (and therefore accuracy) in any part of the planning, impact assessment, or approval process.

Support for the road comes from obvious sources. Note the lack of people in the following, and the truism of motoring organisations supporting a new road.

This is a project that’s supported by not only VECCI, but all of the major business organisations in Victoria and the two large motoring organisations.

One of many objections to the road is that we should be investing in public transport instead. I was curious what the state of the old Metro plan was after it was classified “Ready to proceed” by goverment advisory board Infrastructure Australia back in 2010.

Napthine has replaced it with the Melbourne Rail Link. Seems to be useless churn, but not too offensive as a plan. At least rail is seeing some investment. I’m not exactly sure what it means coming from a government outlet, but apparently Melbourne Rail Link is “fully funded”.